Feeling Forced into the New QBO? Why I Prefer Xero...

Let’s talk about what’s going on over in the world of Intuit, and then I'll tell you why I prefer Xero.

For those of you who don’t use QuickBooks Online (QBO), there’s a new version that has been recently rolled out called Harmony.

Catching Clouds actually knew about this release last summer and requested to be converted to this new version early in the fall of 2013 because we like playing with new software, and the old version of QBO had some features that annoyed me. Plus, we had heard glowing reviews from the accounting technology community. 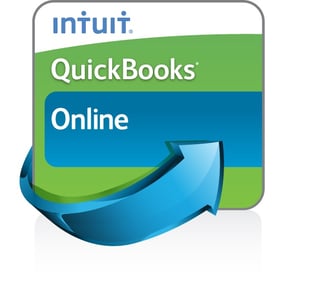 [As a side note… we specifically asked about getting put on the new version early while at the Intuit booth at the Sleeter Conference in the fall of 2013. One Intuit employee walked us to another Intuit employee who walked us to a third Intuit employee who took our information and said they’d call us back. I told Scott that it was like being routed through telephone customer service only in human form. They did call us back either that night or the next day, by the way, but they told us there was nothing they could do… we just had to wait until it was rolled out to our customers. Ok, whatever.]

Well, now it seems that Harmony has hit pretty much all of Intuit’s QBO customers, and according to QBO’s blog [note: the original link "whats-new-in-quickbooks-may-2014" has since been redirected to the main QBO blog page to remove it from public view], customers are NOT too happy about it.

Nearly 1,000 rants (and a few raves) on the blog about the changes are summarized in the following main pain points:

User Interface and Navigation - (that’s geek speak for how the software looks and works for the user) was totally turned on its head. This far and away seemed to be the biggest issue. Long-time QBO users, in particular, were irate about the changes that were made and found it extremely difficult finding features that existed before. Although it seemed Intuit was doing their best to try to help the users by pointing them to helpful tips and training videos, the customers were incredibly irritated by the fact that they had to be retrained on a product they’d been using for a decade.

Check Printing - a bunch of people complained about having to spend 45 minutes to two hours trying to figure out how to print a check.

Performance - there was a lot of negative feedback about the poor performance in general. Beyond the issues of changes to the user interface, it seems a fair amount of functionality actually disappeared from the legacy product completely.

I personally didn’t have the patience to read through all 944 comments, but I got through a lot of them, and here is my take on the whole situation.

I think most importantly, many of the users weren’t ready for the change. It’s not like the users went out and actively bought a new piece of software and played with it over the weekend when they had time. Although Intuit did warn them quite a few times via email and on the console, nevertheless, many users claimed that they logged in to process payroll and were blindsided with a completely new, unfamiliar, non-intuitive system, and they had no way to get back to the old system.

I was personally ok with the changes, but changing software doesn't typically throw me. Intuit happened to change a few of the things that were really annoying me, and with just one customer left on QBO, I didn’t need many of the features that people were complaining about the most (like check writing or timesheets).

Even so, tons of people asked how to get “the old QBO back,” and here was Intuit’s statement about the issue to a customer:

We’re really sorry to hear you’re having trouble. That’s the last thing we want. Unfortunately, we actually can’t let folks stick around on the older version of QuickBooks. In mid-July, Google Chrome and Mozilla Firefox are making significant changes to their Web browsers, removing the ability for older web-based applications to display popups. As you know, the old QuickBooks has a large number of popups – more than 600. This change will break the old QuickBooks rendering it unusable.

The new QuickBooks uses modern technology and will not be affected by the change in web browsers. This is the main reason we are updating customers to the new QuickBooks without the option to return or stay.

As part of this acceleration, we are working very hard to address customer feedback we’ve received so far about where the new QuickBooks can be improved and are actively soliciting your input. We’d love to hear how we can improve search and banking. The best place to share that is by clicking “feedback” under the gear menu in the top-right corner of the product.

Now, don’t get me wrong, one of the best things about cloud accounting technology is that everyone is on the latest and (arguably) greatest version, and you don’t have to deal with installing updates and the like. However… it’s probably best to introduce small, gradual improvements for your users rather than dropping an entirely new system on them all at once. I think the subsequent fallout from that was inevitable regardless of how many warnings they sent out.

Anyone who knows me knows I’m a big fan of Xero. All I could think about when reading these QBO blog comments was that this kind of software update/upgrade would never happen with Xero. Their focus is completely on the design of the product - not necessarily on the graphic design of the product (although I think that’s good too) but rather on how the software works for the people who use it. It’s smart and makes sense.

And not only that, Xero started with a strong, stable product with good speed and performance and has been building features from there. Improvements are rolled out every several weeks. They seem to “get” that cloud technology is not the same as desktop technology. It’s not like the days of old when you would lock programmers in a room for several months out of the year to create a whole new updated product. You have to have foresight to see what needs to be done over both the long and short-term and make those changes today (and gradually, over time).

It’s much easier for users to absorb one new feature at a time rather than slapping down a whole new system quickly because they finally realized that the one they built over a decade ago wasn’t going to work anymore. If they’ve been around this long, they had a long time to make any necessary changes along the way. I’m just sayin’.

I do hear people complain about Xero not having a few necessary features (which I am also anxiously awaiting like job costing and improved class functionality), but what they do have works, and it works well.

One of QuickBooks’ most highly touted selling points is its ability to integrate with add-ons, but this comment made me laugh:

"The banking downloads are atrocious. Integration with Stripe was a joke; so bad in fact, that I had to kill it and go back to entering manually. PayPal integration also does not work properly. For MC/Visa, Stripe and PayPal transactions, it would help immeasurably if QBO could discern from the data provided, the amount of the original charge, discount fee and net deposit. Having to edit every transaction does not save me any time."

I haven’t seen any of these integration problems with Xero. Xero is just so much better with most integrations and have much better and more stable performance.

WHAT CHOICE DO THEY HAVE?

The thing that killed me the most about these blog comments is that although so many people were threatening to leave QBO, it was obvious to me that nobody knew where else they could go.

Some wanted to go back to the Desktop version (since so many people think QuickBooks is the only small business software that exists), and I can’t really blame them for that if that’s all they know. The functionality and features are way better on the Desktop version than the cloud version, but I feel like they shouldn’t abandon cloud accounting technology just because they are frustrated with Intuit’s version of it.

There was one comment from a QuickBooks trainer which struck a chord with me:

“Everyone is threatening to move, but the competing online products have their own set of challenges or else they are way more expensive than QBO.”

It gave me the distinct impression that she hadn’t fully done her research.

For most small businesses, Xero is an excellent remedy for people who hate QuickBooks. It’s competitively priced, it’s easy to use, and it has a lot of efficiencies that QBO definitely doesn’t have. You can invite as many people as you want to collaborate on the software (bookkeepers, business owners, tax advisors, Board of Directors), and there are no per user fees (unlike QBO who charges you for each additional user after five). You can also customize your accounting solution by integrating with over 300 other products (significantly more than QBO which has around 50 or 60). And it's not just the larger number of integrations, but as I mentioned before, it's the fact that Xero does these integrations well. Just try Xero's integration with Square and then test QBO's integration with Square, and you'll see what I mean.

There also might be other viable cloud solutions for you if you’re in the right situation (like if you don’t need a balance sheet), and all are competitively priced.

You just need to look around and realize that QuickBooks is no longer the only game in town. 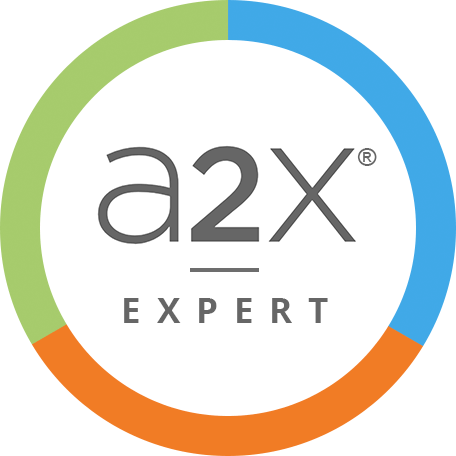 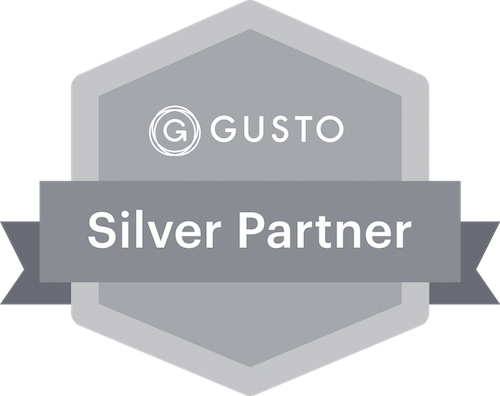 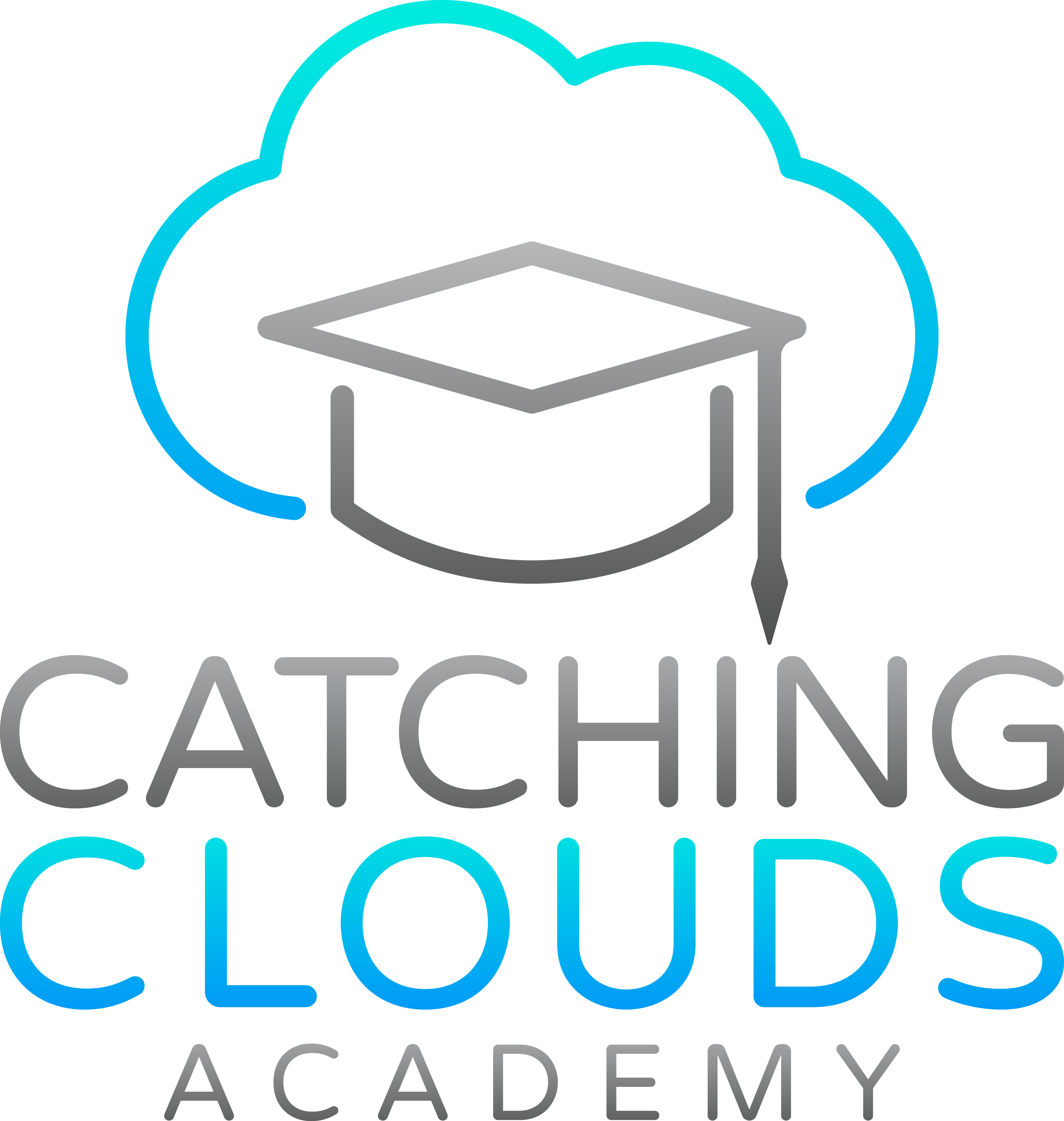 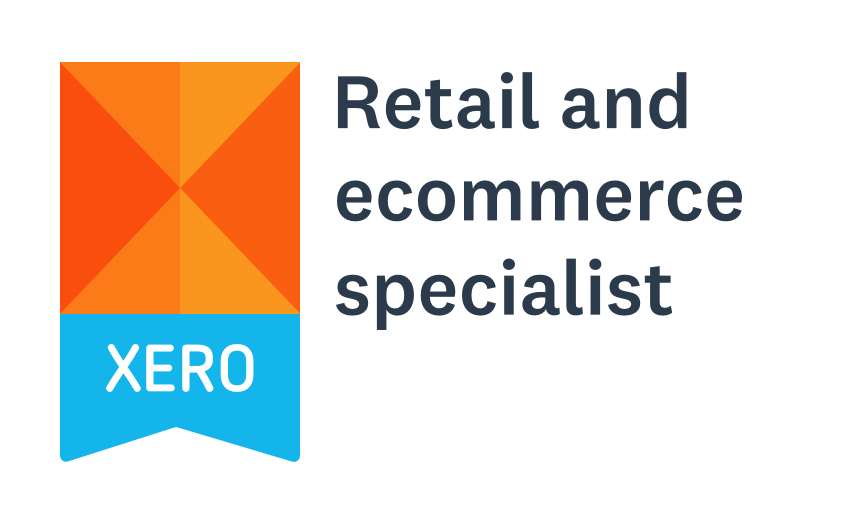 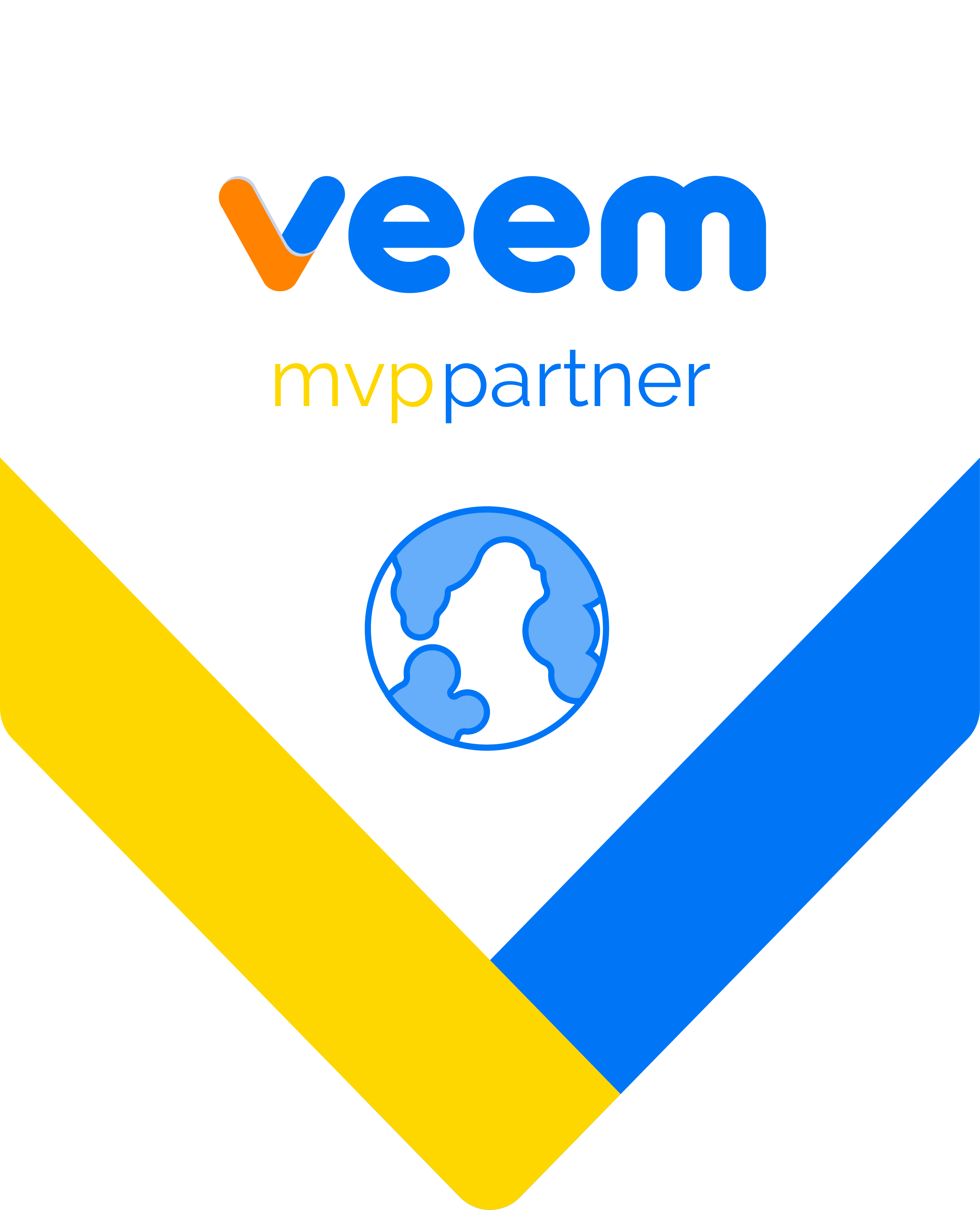 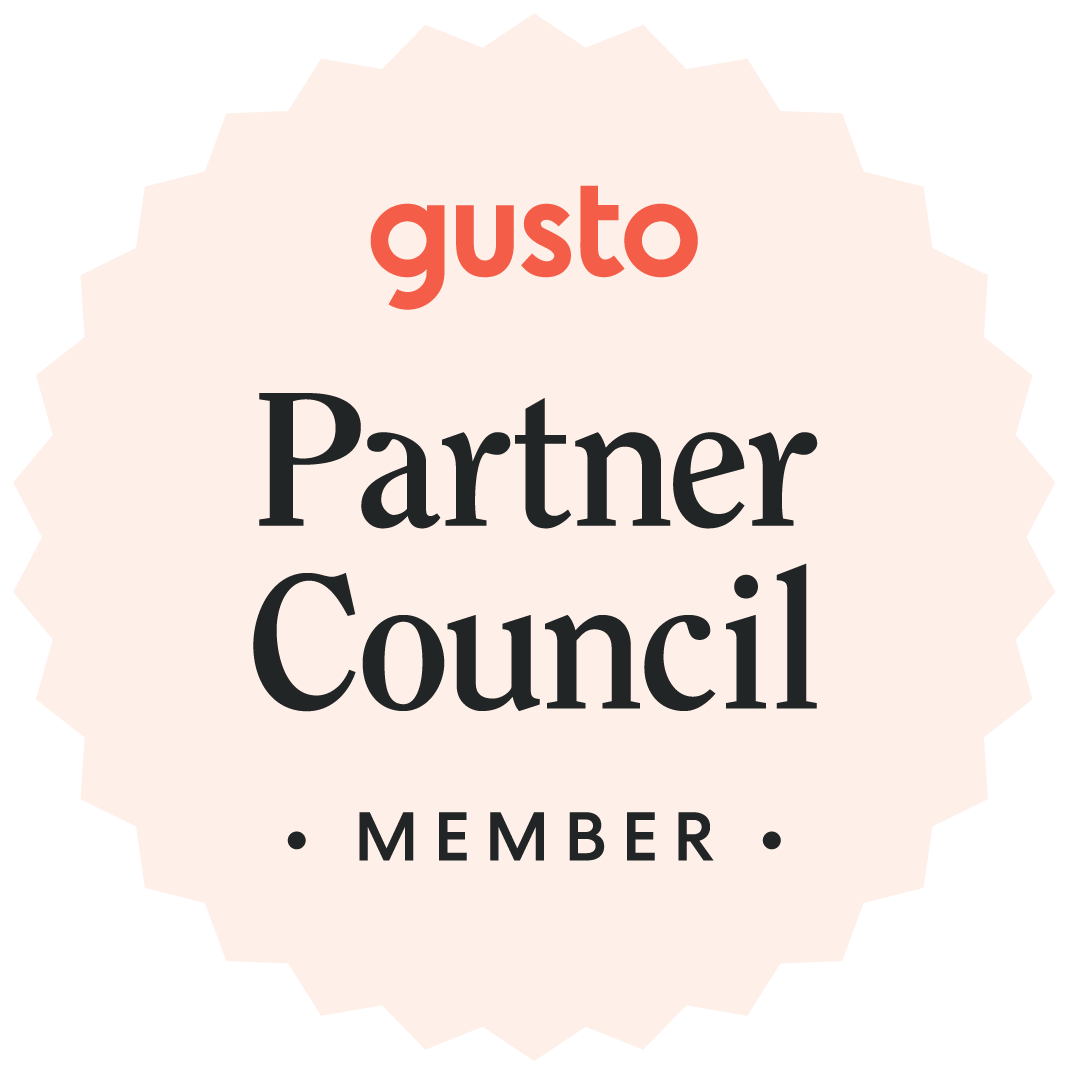